Monday lunch time, after a week at sea, we tied up to the customs dock at Opua Marina. Unfortunately this was not the arrival in New Zealand we had imagined, for we arrived curtesy of  the local coastguard. A real trip of extremes, we had calms so still it was difficult to believe we were at sea, a blast from Antartica that bought cold strong winds and then an engine failure just as we thought we were home and dry.

After the two windless days we saw building, on the horizon, a long grey smudge. As we got closer it gradually became more and more ominous, this was the front that we had been expecting, a dramatic and sudden change from the bright sunny weather to a line of cloud bearing heavy rain. The rain didn’t last long but the weather behind the cloud was in complete contrast to the past few days, the wind turned to the south and grew in strength. At first it was a relief to turn off the engine and we turned west as planned to ride out the weather. The winds and the sea gradually built and within a few hours things were uncomfortable, the wind veered to the SW making it impossible to sail even vaguely towards our destination. So back on came the engine, to help us sail as close to the wind as possible.

Ominous front on the horizon

We were both well dosed with seasick pills, a pre-prepared meal sat on the cooker and we hunkered down, every bit of warm clothing we owned layered under our jackets, telling ourselves it was only for 24 hrs. It was a long 24 hrs however, especially the hours of cold night watches and rather depressing to see our VMG (velocity made good – the speed at which we were going towards out final destination) at only 0.7kts. The sea was never really huge just messy, rocking Raya unpredictably as she slammed into the oncoming swell, the chilly wind whipping around the corners of the sprayhood. 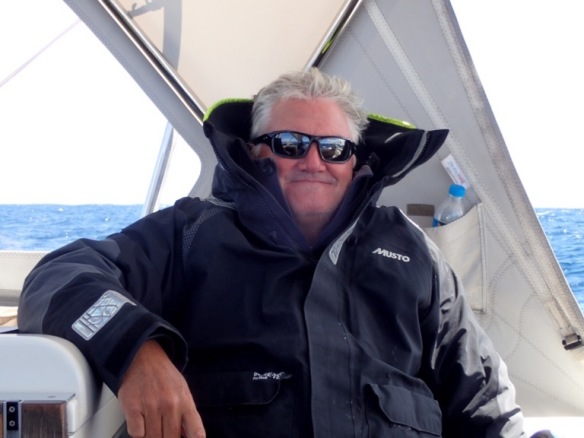 Chilly in the cockpit

Gradually through Sunday the wind decreased and the sea calmed and although chilly we began to enjoy the trip once again. We spotted our first albatross, their huge wingspan disproportionately long for their bodies, seemingly never moving as they swooped past the boat and low over the waves. We got out the cruising guides and started to read about the entry into Opua, we even shared a beer sitting out at the back of the boat watching the sun set.

In the early hours of Monday morning with the wind dropping yet again, our engine which had been doing such a sterling job for us on this difficult to sail passage, suddenly stopped. We knew the fuel we had picked up in Tonga was dirty, Rick had been emptying and changing filters for the whole trip. This time however there was also oil leaking from the turbo charger, he began to think maybe it wasn’t a fuel problem, he worked through the night while I managed to get us sailing in the light winds. Finally the engine restarted , we left it running at very low revs to see if it would keep going, no such luck it stopped again after an hour. We sailed slowly onwards until a few miles out from the rocky shore of the Bay of Islands the wind completely died. This far from the coast we were in no danger, but we thought it prudent, with no knowledge of the tides and currents, not to try and enter the Bay until there was a steady enough wind to give us steerage. The wind dropped further, the dial read 2kts, Rick tried a few more things, questions fill our heads, there was some fuel coming through the system but how much fuel was enough fuel, had problems with the turbo shut down the engine as a precaution, if we got the engine running would it fail again in a more enclosed and dangerous space?

We had a cup of tea to consider our options and at eight in the morning we called the marina to see if they could arrange for some help for us. Typically, it turned out this was a bank holiday in New Zealand and no commercial help was available, an all stations radio call was put out for assistance to no avail, finally it was suggested that they contact the coastguard. So it was we found ourselves being towed at great cost, the coastguard here, unlike in the UK charge for their services, through the Bay and the channel towards the marina. 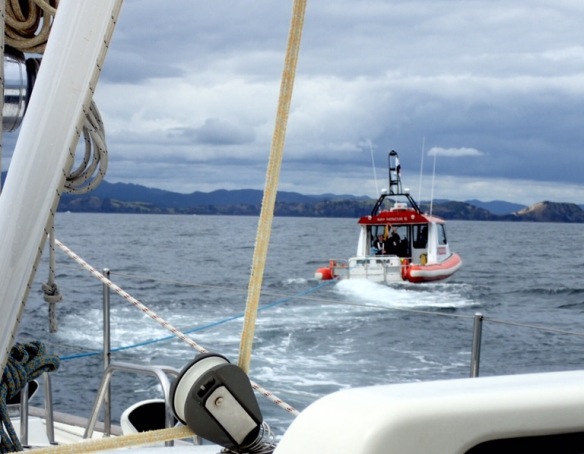 They dropped us at the customs dock to check in, we thanked them and they rushed off to help someone else. The customs official was waiting for us and the entry procedures started. This includes the requirement to pass a Biosecurity Inspection. You are not allowed to bring in any meat, vegetables, fruit, seeds or dairy into the country, so the contents of our fridge, freezers and many cupboards were thrown into black rubbish sacks. The process was conducted efficiently and with a smile and before long with the help of Bruce from Seapower, a marine engineering company, we were safely tied up in our berth. Finally we toasted ourselves with the traditional ‘ got here beer’, too tired to venture out for food and with little else available, we opened a tin of beans, had a glass of wine and slept for twelve solid hours. 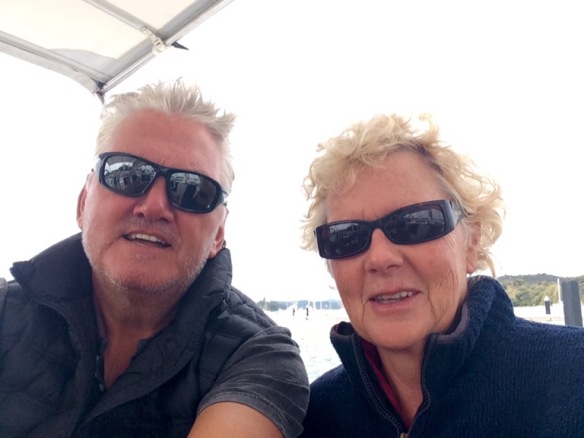 In the morning Bruce was back with his engineers, the Tongan fuel was the culprit, every filter and pipe was clogged and the injectors blocked, it took a few hours but they got the engine running again. It was a relief that we didn’t have to replace the expensive turbo charger, frustrating that the fuel providers in Tonga could get away with selling such a filthy product but mostly thankful that the engine failed when it did, our situation could have been far worse.

OK, New Zealand here we are, what have you got to offer us for the next few months?