My news feed is full of tales from the Caribbean sailing community preparing, the best they can, to sit out Hurricane Irma. We have a soft spot for the BVI, as while chartering there, many years ago, the first small seeds were sown for our current adventure. Irma, at cat 5, is the strongest type of hurricane and due to hit these beautiful Islands later today. It is difficult to imagine how terrible it must be for the people there, as well as the cruisers abandoning their yachts for safer ground.

The weather in Fiji has been much more benign, I’m glad to say, but not wall to wall sunshine, last week it was mostly cloudy and wet. As we motored in light winds out of a downpour we had on a much smaller scale our own weather phenominum, as we looked behind us we were alarmed to see a water spout forming down from the clouds. Fortunately we were sailing away from it not towards it, we watched as it gradually faded as the cloud reached the land. 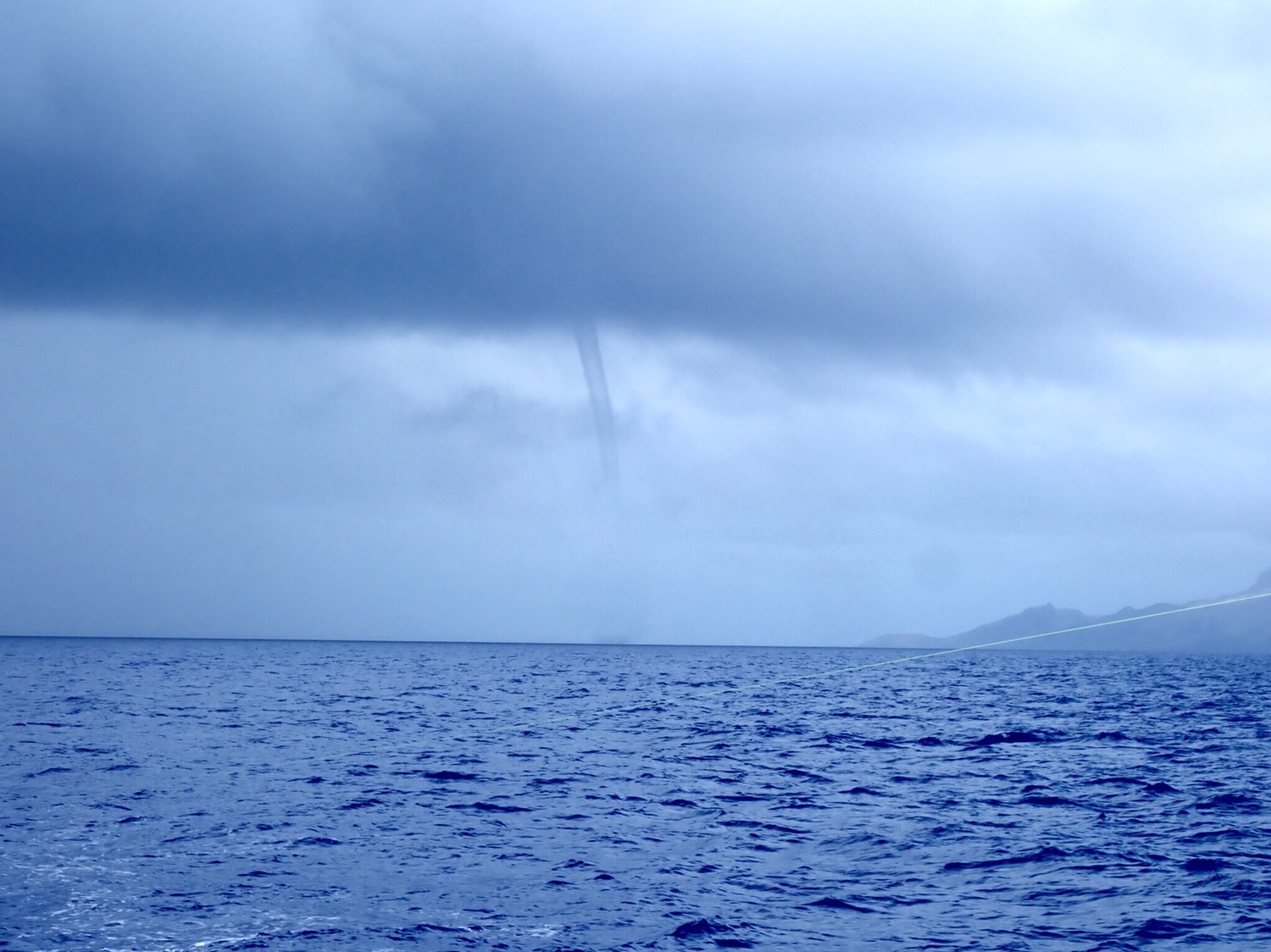 Water spout just a mile behind us

Out in the Yasawa Islands it has been the normal cat and mouse game hiding from the wind and swell. With both of us fighting a cold we could have done with a bit of a lull. We have to thank Ashley for being an extremely undemanding guest, as we coughed and spluttered our way through the week. In between showers and doses of paracetamol we have done some very good snorkelling. No mantas at Manta Bay but again a great drift snorkel through the pass, then in Blue Lagoon we enjoyed the fantastic coral on the north reef and had fun once more at the beach reef. We took bread to feed the Sargent majors and some parrot fish came to join the party, painfully they didn’t seem to be able to distinguish between the bread and my extremities! Having got a few shots of Ashley in the feeding frenzy I decided it would be safer to turn my attention to the reef. It is nice and shallow here and easy to take good close ups of the fish. 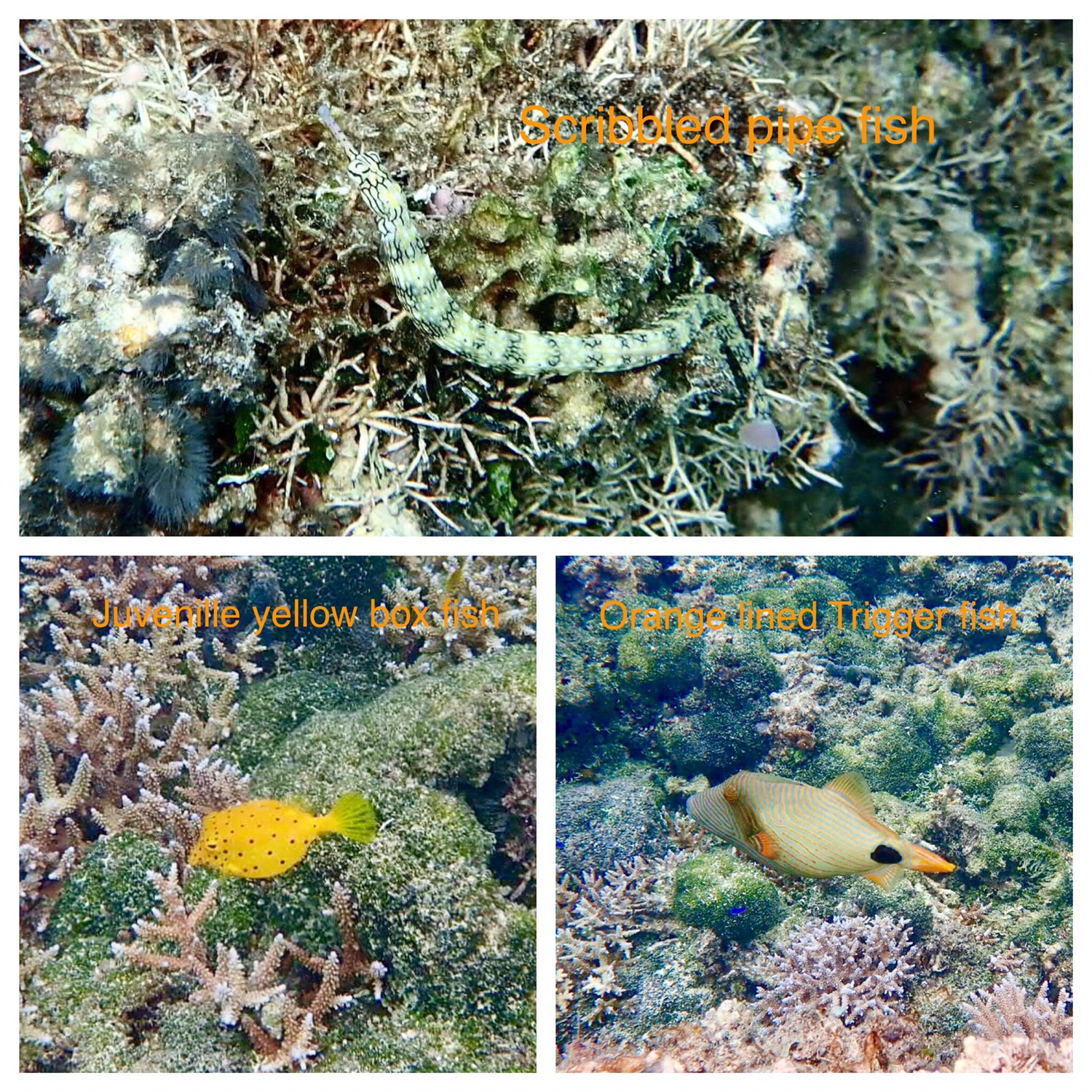 Back onboard Raya we put Ashley to work, one of her many skills is as a hairdresser, this was not a opportunity to be missed. Now there are some moments in life when you expect to be able to get five minutes peace. Sitting with a hair colour on your head is one of them, in a hair salon you’d sit with a cup of tea and a gossipy magazine, at home you’d expect to relax or chat, on a boat however you end up on the bows resetting the anchor. We had arrived in Blue Lagoon a few hours earlier and anchored comfortably to the side and behind a 120ft superyacht. Just as I relaxed for the required half hour the colour takes to hide my grey bits, a strong southerly appeared from no where and the superyacht suddenly became perilously close. She had been sitting over her 100m of anchor chain in the light breeze and the higher winds had stretched it out moving her right on top of us. Moving a superyacht is quite an effort, Rick offered to move instead and so up on deck I came, looking totally ridiculous, hair dye splattering in the 20kt wind, at least it wasn’t raining 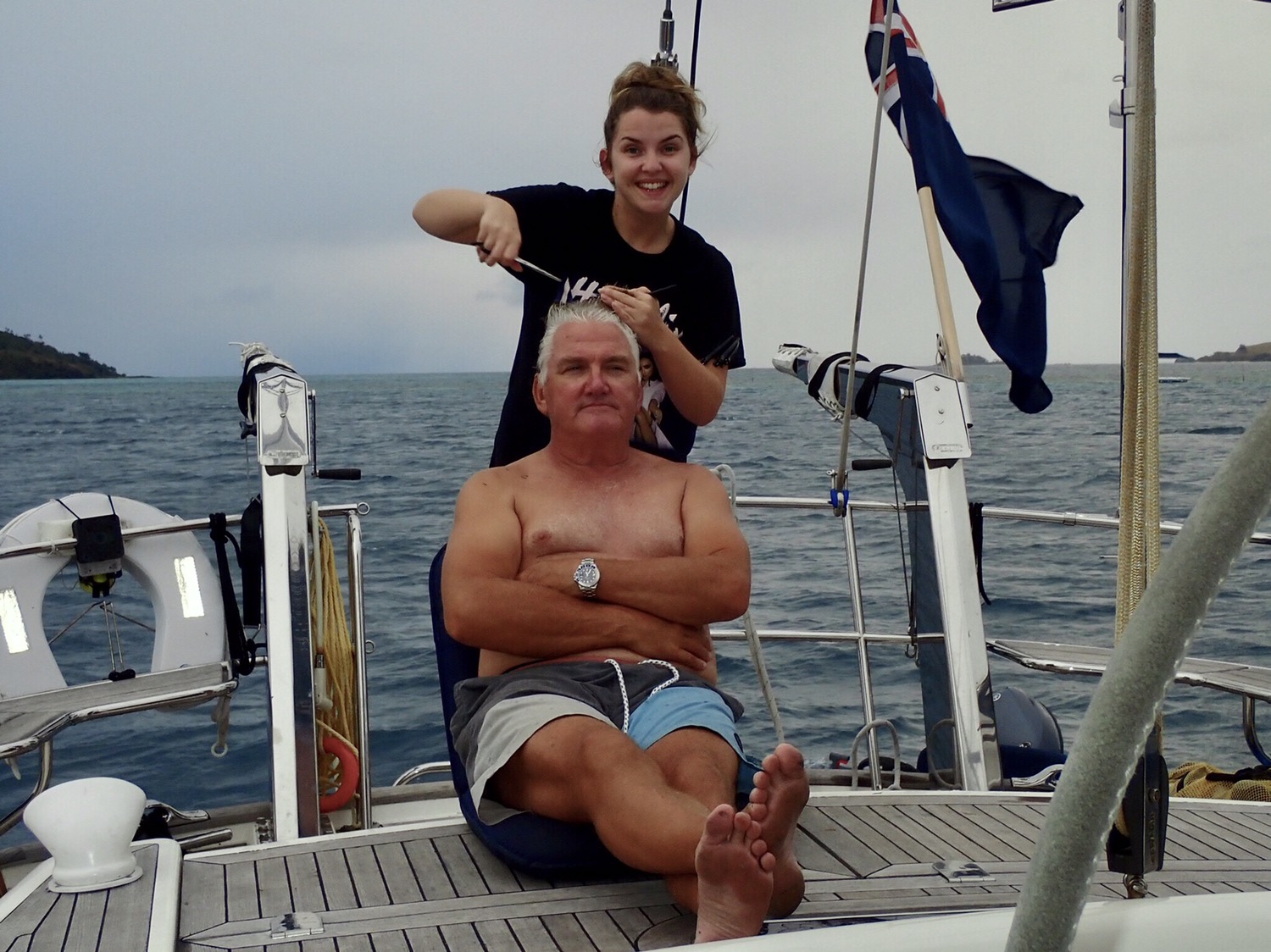 As one of our yachting friends says, champagne problems, especially when compared to the disaster about to strike the Caribbean. We are now back in Vuda Marina feeling safe and ready for a few days rest. 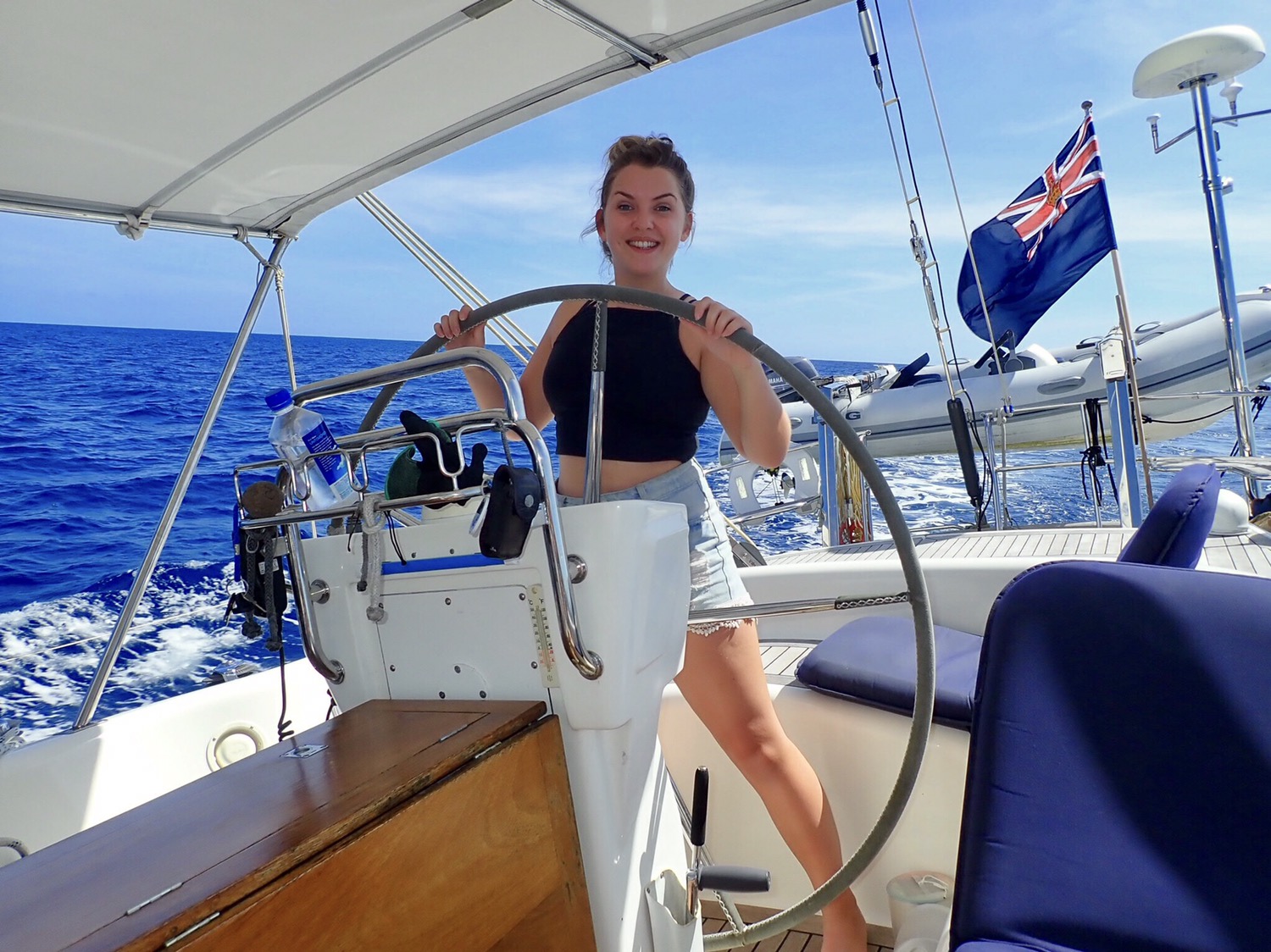 2 thoughts on “Hair and High Winds”