Our presence in a remote bay in the Yasawas has been recorded officially and for eternity. Last Sunday morning as we sat anchored off the Island of Sawa I Lau, with just one other yacht, a mile or so from any other signs of life we were visited by a local boat. It’s occupant greeted us with the normal wide smile and enthusiastic greeting “Bula Bula” but unusually, for the Islanders, spoke with perfect English. He asked not for the anticipated bunch of cava but if he could take down some information about everybody onboard. It turns out that it was census day in Fiji and our presence remote or not needed to be recorded. 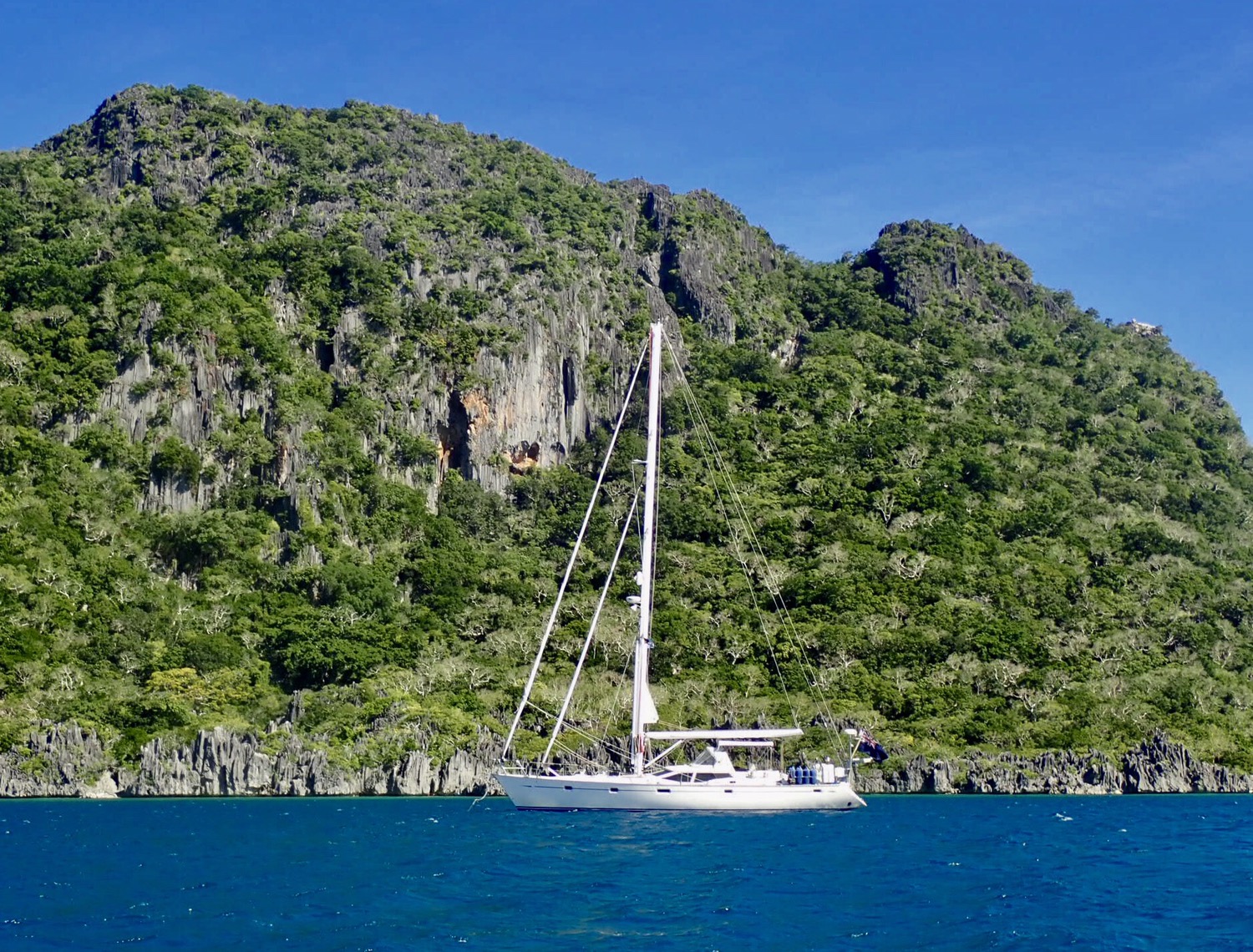 Raya anchored off Sawa I Lau

Our final set of guest has left us, it has been a busy summer and nice as it’s been to have everyone onboard it felt good to have Raya back to ourselves. Sasha and Julia’s visit will be remembered for the fantastic snorkelling we have done, this week we finally got to see the magnificent mantas again, we were also treated to sharks, sea snakes, and a huge titan trigger fish. The last couple of swims were done without Rick who had a bit of an earache and the sight of the three of us after a long tiring snorkel, struggling, ungainly and giggling trying to lift ourselves into the dingy, whilst gradually being swept out to sea, went thankfully, unrecorded but will stick in our minds for quite a while. 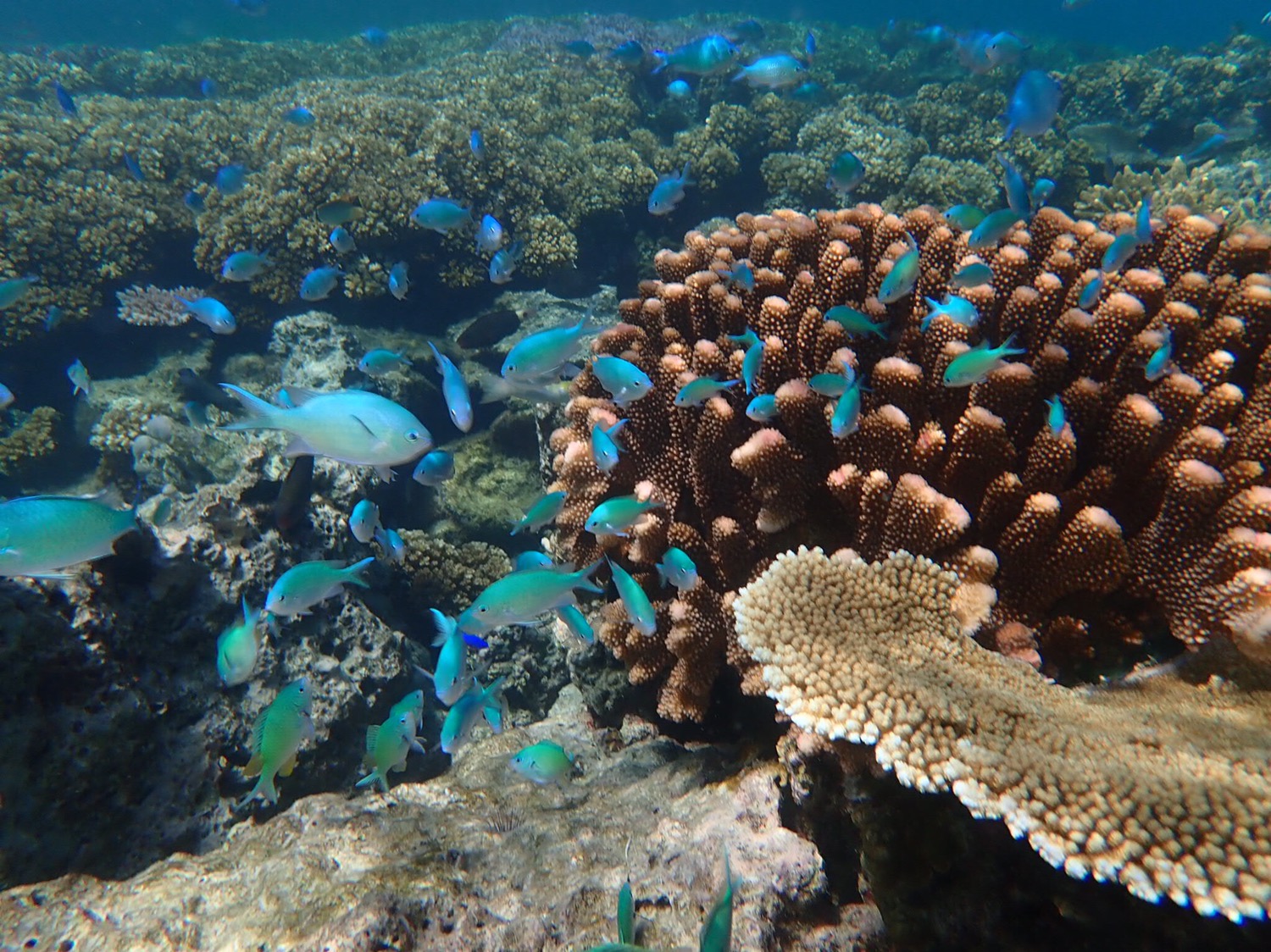 We have played Rummy cube, attempted a game of bridge, drank far too much wine and beer, eaten far too much food and talked and talked. We were actually treated with enough wind during their stay for a couple of sails but for our stay in Fiji we have basically been a motor boat. In fact we have motored so far that on our return to Musket Cove we actually ran out of fuel in the main tank and in, luckily, calm open seas we had to top up from our reserve tank. 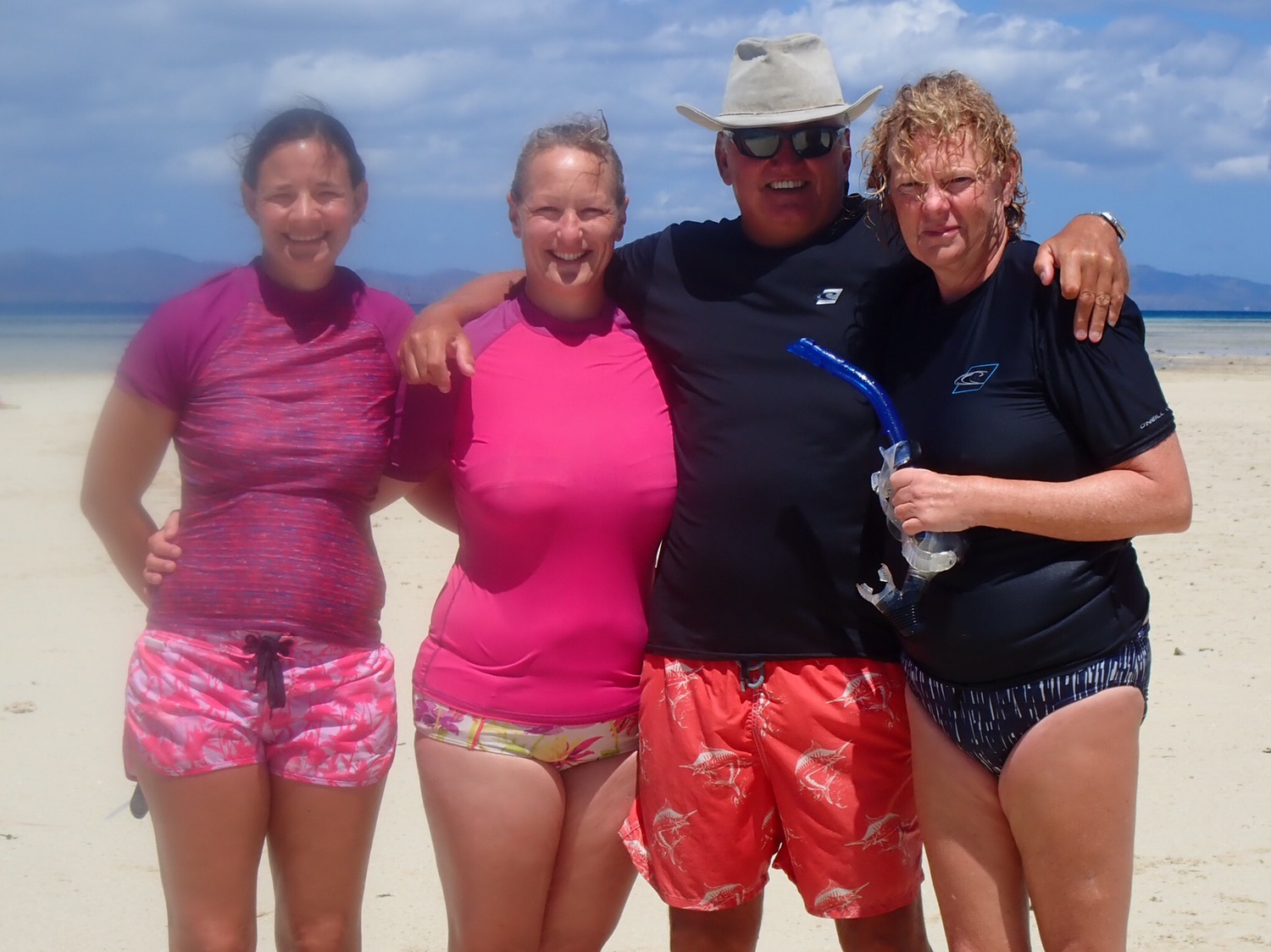 Team Raya on the sand bank at Musket Cove

Yesterday we came back into Vuda, ready for the girls early flight this morning. We are getting use to the tight squeeze of yachts here but the space we were presented with this time was the tightest of all. In fact after two tries it was fairly obvious we weren’t going to fit in going stern to, so Rick turned us around and managed to wedge us in with bows to the wall. The normal skilled marina boat boy wasn’t around and his replacement had no understanding of what was going on. Without the efforts of Sasha one side and Julia the other, both armed with large blow up fenders we would never have berthed unscathed.

And we are not the only Oyster squeezed in here, after bumping into only a handful of other Oysters throughout the whole Pacific crossing, suddenly we are inundated with Raya look a likes. In Manta Bay another Oyster 56 had anchored right next to us and at Musket Cove there were three other Oysters including Oyster Blew 56/23 the boat built right after Raya who is 56/22 and here in Vuda there are five other yachts, the Oyster World Rally has arrived in Fiji.

We however are on our way out of Fiji, we have a few days to clear up and prepare then weather permitting it’s on to New Caledonia at the end of the week. 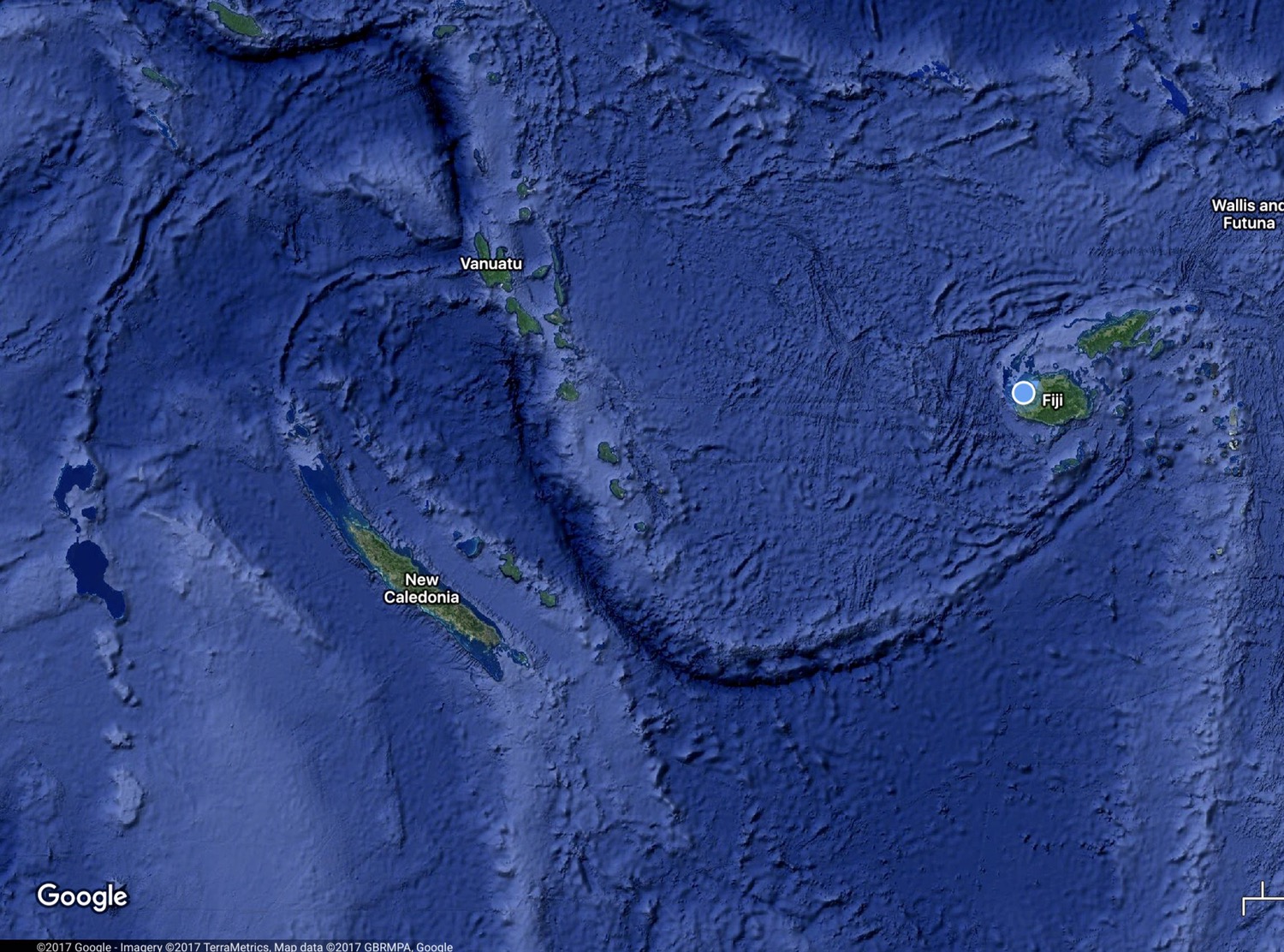 4 thoughts on “Census in Sawa I Lau”