With the outskirts of Sydney peaking at 47C yesterday we have finally been for a swim in Australia. We seem to have been in marinas, up muddy creeks or surrounded by jelly fish. The winds have often been chilly, the sea rough or the water full of other craft. The forecast for a heatwave on Sunday persuaded us to head out of the city to the beaches just south of Manly Harbour. Here the temperatures were a cooler 32C but hot enough to persuade us in. And fantastic it felt too, why we asked ourselves had we been putting it off so long. 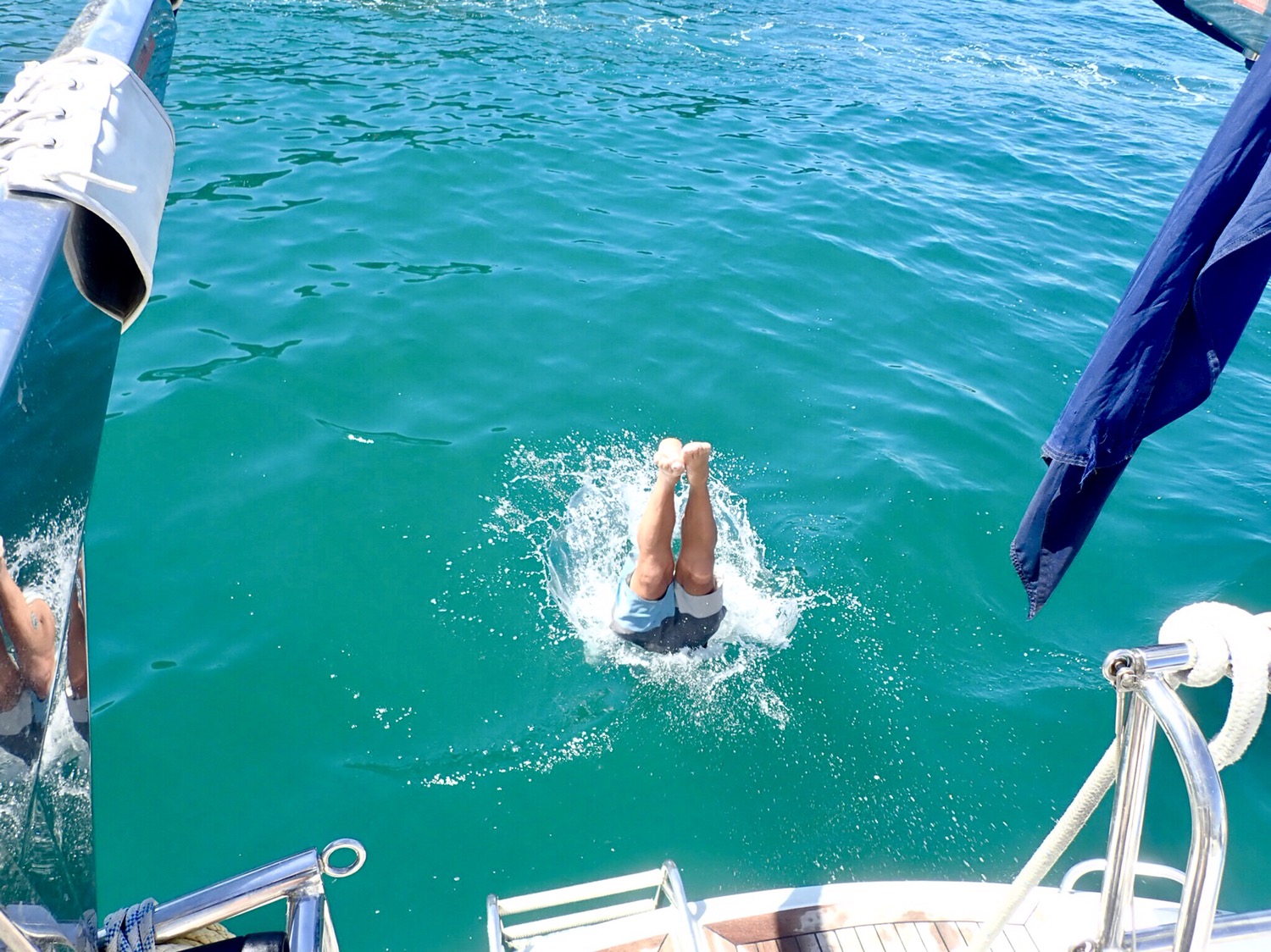 First dip for a while

We had started the week anchored off this very same beach , not swimming, a chilly southerly was lowering the temperatures and creating a lively chop. We were here instead to say farewell to our friends from Moonshadow who in the morning were sailing north to Brisbane from where they are shipping the boat back to Mexico. We have had a lot of fun together over the last few months, we will miss them.

In time honoured tradition the New Year has brought our thoughts around to the year ahead. In the hope of beginning to tick a few things off the “while in Australia’ list we booked in for a few days in the marina at the famous Cruising Yacht Club of Australia.

The CYCA organise the Sydney to Hobart yacht race and is the home to many of the racing yachts we watched leaving the Harbour on Boxing Day. With top speeds of 25kts some are already back and with each boat protected from the sun by a tent shaped canvas awning it felt a little like been moored in a campsite.

Raked masts and protective awnings of the CYC racing fleet.

With our port of registration, Southampton, clearly printed on the transom and the British ensign flying, here halfway around the world we are use to ‘pontoon voyeurs’ coming up to look at Raya. This time however nobody had eyes for us, they were all coming to view our neighbour – Ichi Ban, the star and overall winner of this year’s race. 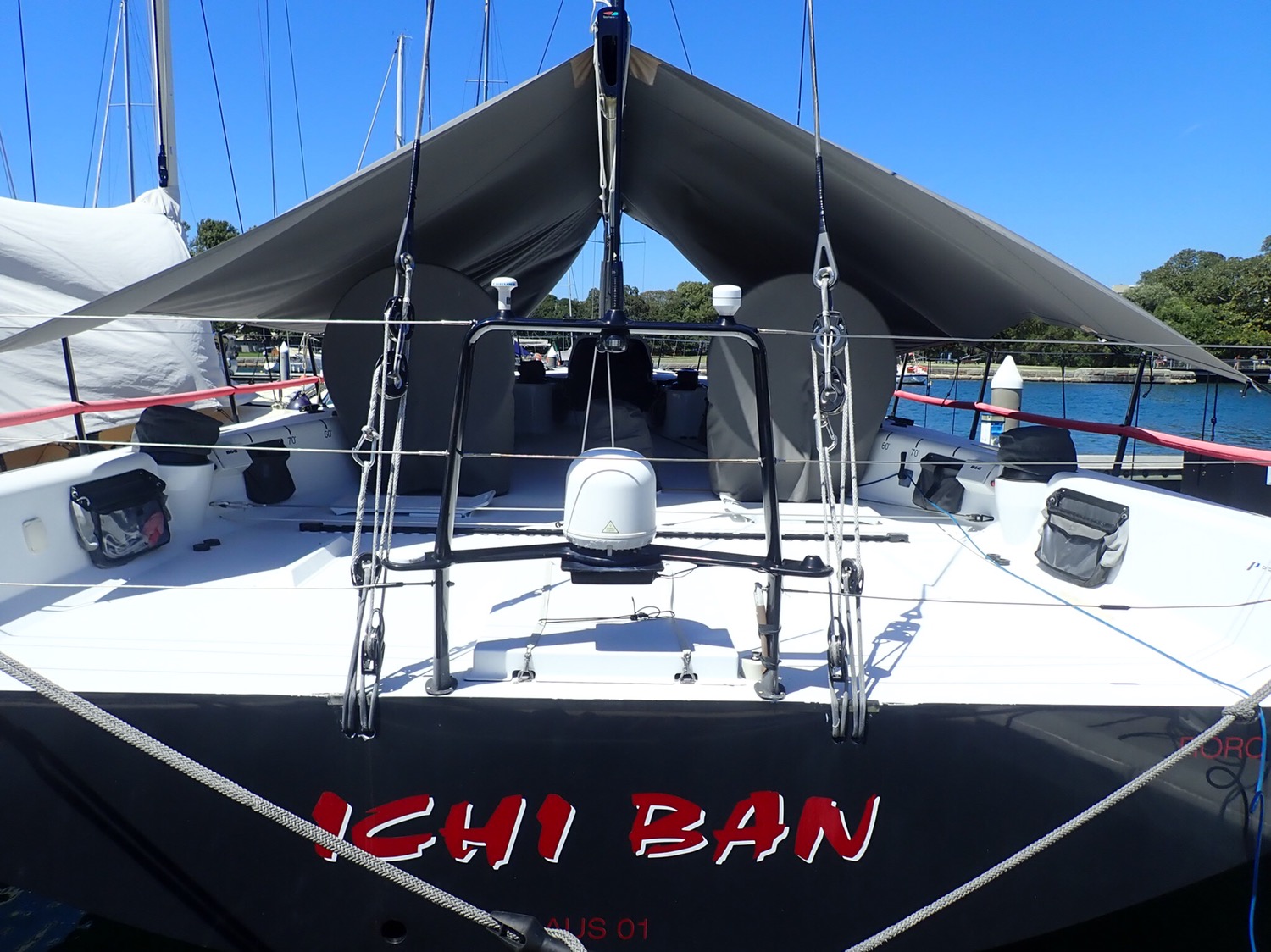 Getting back to the tasks in hand we launched into the long screed of jobs that need doing before we set off from Australia later in the year. As is always the way with new places the first few days can be frustrating, the chandlery seemed very expensive, cooking gas refill appeared impossible, potential repairs to the sprayhood zips unsatisfactory……… At over $120 a night we wanted to keep this visit brief but we will be back in February to leave Raya tied up while we fly to Perth. Hopefully by then the research we have done and the leads we have secured this time will start coming together.

One benefit to being in marina is that we can tell people exactly where we are, it was lovely to have had visits from three sets of friends and family. And, being in a marina full of racing yachts that have no antifoul on their keels means that divers equipped with cleaning tools are every where. We slipped out of our berth with two months of barnacles and growth scraped from our bottom.